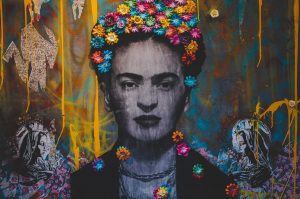 Most ancient calendars were based on lunar cycles , on the change of seasons, or on the movements of the Sun; The oldest calendar being the one found in Aberdeenshire, Scotland, carved into a Mesolithic monument dating from 8000 BC, this primitive calendar measures time from the phases of the Sun and the Moon.

In ancient civilizations, the Moon was considered a sidereal God , an object of worship, adoration and worthy of offering, it had the power to decide on the night and deliver the day, which is why it was popular to establish time controls. Lunar calendars were used frequently, the transition between one month and another was marked by the orbit of the Moon: the calculation was based on the Moon completing one orbit and returning to its initial phase, after 12 lunar months, it was considered a year full.

In ancient Egypt, solar calendars were more widely used, they measured time guided by the movement of the Sun and was considered the civil calendar. The Egyptian calendar is the first known solar calendar in history and appears at the beginning of the third millennium BC in the time of Shepseskaf , the pharaoh of the 4th dynasty.. On the other hand, the Rhind papyrus sheds light on the origin of this calendar, since it mentions that it was divided into 12 months of 30 days each, organized in three periods of 10 days, adding five days at the end of the last month of each year. to complete the solar year. The novel and scientifically advanced Egyptian calendar allowed, among other things, to measure the floods of the Nile River, which as we know was of vital importance for the economy of ancient Egypt.

In the period of hegemony of the Roman Empire, a calendar was used (traditionally created by Romulus ) based on the date of the founding of Rome as year one, this originated a calendar of ten lunar months, from March to December; the dead period between December and March was not marked by any month since within it no important tasks were carried out, neither military nor economic, but it was dedicated to religious tasks. In short, the year, through this system, had 304 days, which forced the Pontiffs to intersperse an eleventh month every certain number of years to compensate for the temporal imbalance.

In 46 BC, Julius Caesar ordered a reform of the Roman calendar, with the help of Egyptian priests, adjusted the calendar to the course of the Sun, it is what we know today as the Julian calendar. This calendar had 365 days, divided into 12 months starting in the month of January instead of March; in this way the stations stations and the Roman festivals agreeing with the astronomical moment to which they corresponded. To compensate for the temporal mismatch, a day was added every four years (what we now call a leap year). 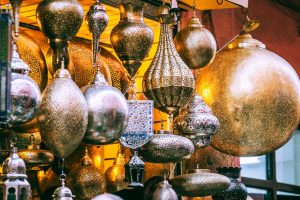 These Roman reforms were distributed throughout the empire, the Julian calendar spread throughout Europe, North Africa and Britain; However, it did not completely solve the problem of the exact control of the time, generating a delay of 10 days in the civil calendar with respect to the astronomical calendar. To solve this problem, Pope Gregory XIII issued, on February 24, 1582, the Bull “Inter Gravissimas”, by which the Gregorian calendar came into force. The papal Bull established that on October 4, 1582, there would be a leap in time and it would become October 15, 1582, and the leap year was set when the year was a multiple of four. The Gregorian calendar established a total of 97 leap years every 400 years, being immediately adopted in the countries in which the Catholic Church had influence,

It should be noted that despite the adjustments and its accuracy, the Gregorian Calendar has a lag every three thousand years, which implies a revision of it.